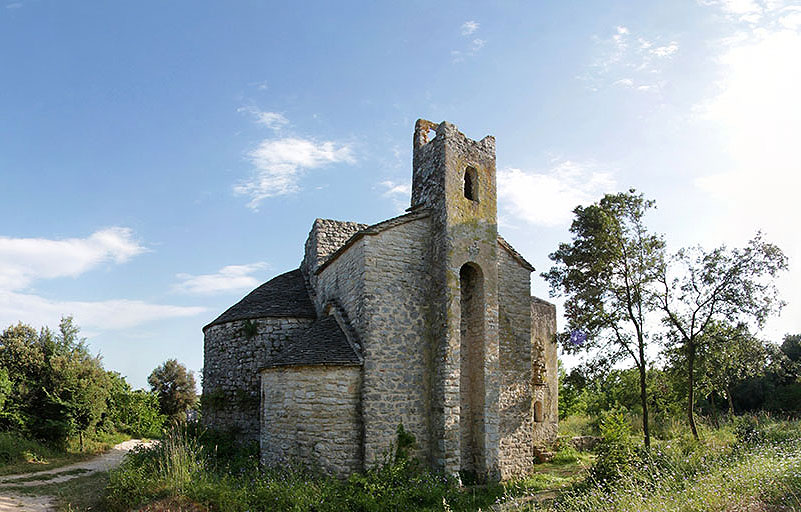 The Church of St. Thomas can be reached by a bike trail along the railroad Rovinj – Kanfanar, 4 km northeast of Rovinj.

The Romanesque church was built in the late 8th or in the beginnings of the 9th century and represents an extraordianry example of building technique of the Carolingian period.

The church layout has a form of a Cross while the tower of the church was built later. In the 16th century after the upgrade of the building, it looses it’s original form.

Above the north wall there is the bell tower with the Romanesque design and materials that are unique for this the region of Istria.

In the church there have been found a lot of pieces of pre-Romanesque architectural sculptures and church furniture pieces (pillars with capitals, pilasters of sanctuary partition) that can be seen at the Regional Museum of Rovinj.