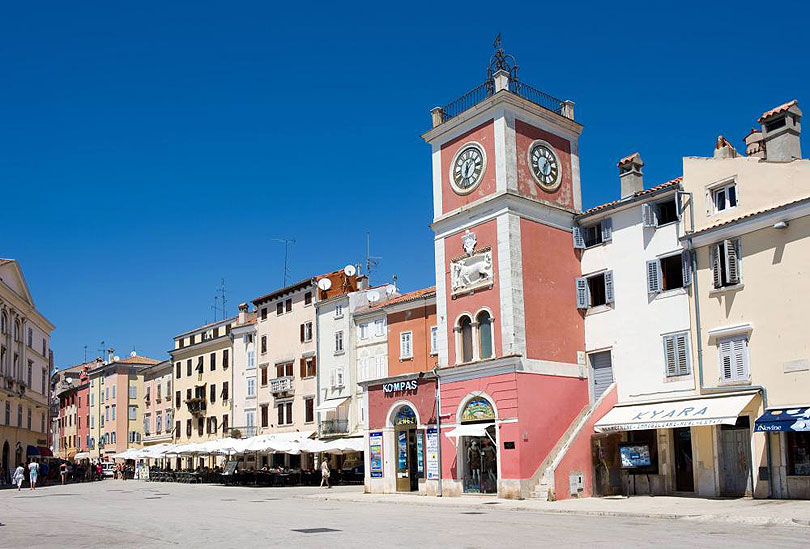 Located on the Rovinj square – Marshal Tito Square, the Clock Tower in Rovinj once was a tower situated on the south corner of the whilom old city walls.

Originally constructed in the 12th century, the Rovinj clock tower was upgraded a number of times and features a clock from the 14th century located in red tower which represents the highest object on the square.

Did You know that bellow the tower, there was a prison once.

The clock tower in Rovinj features a Lion of Saint Mark – a symbol of the Venetian Republic and its just impossible to miss it.

Being the one of the highest point of Rovinj (except the Church of St. Euphemia), the Rovinj clock tower is an amazing selfie location and recognition mark.