The Baptismal Font of the Holy Spirit 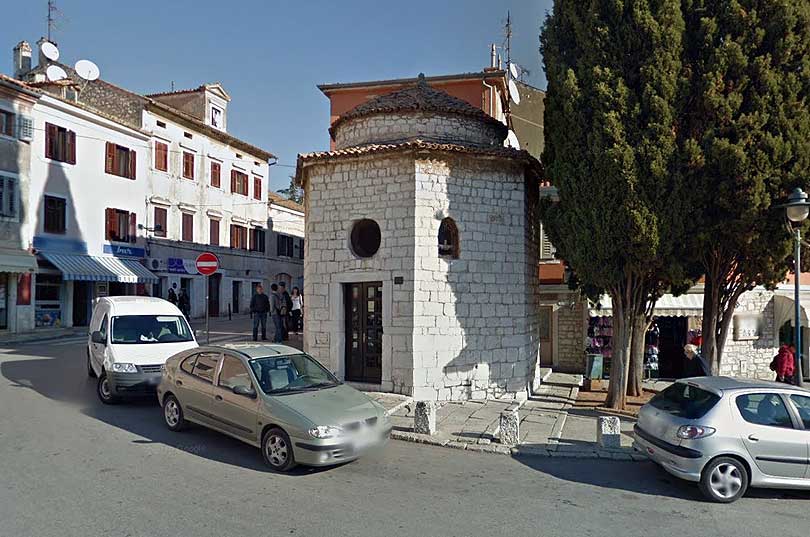 Built in the a heptagonal shape – the Baptismal font of the Holy Spirit is sitauted in the Romanesque church from 13th century and represents one the oldest relic on the Lokva Squre in Rovinj.

Inside the church there are carvings of the transenna depicting scenes of Golgotha which can be interesting for tourists.

Chapel of the Holy Trinity

The chapel was bulit in a heptagonal shape with bare stone walls and a cupola ceiling. It was restored twice – in 1779 and 1963 while in the 1980 the restructuration of the interior was effectuated.

Being the only Romanesque cultural object of neo-Latin style in all coastal Istria from the 13th century – the Chapel of the Holy Trinity represent the most important monument of Rovinj, Croatia.

With the unusual heptagonal shape, it can be assumed that the chapel was a very old baptistry. Its very interesting that there is only one window, built during the Gothic period.

Today, the Chapel of the Holy Trinity is in good condition and well preserved.

The Castle on the Island of Sv. Andrija