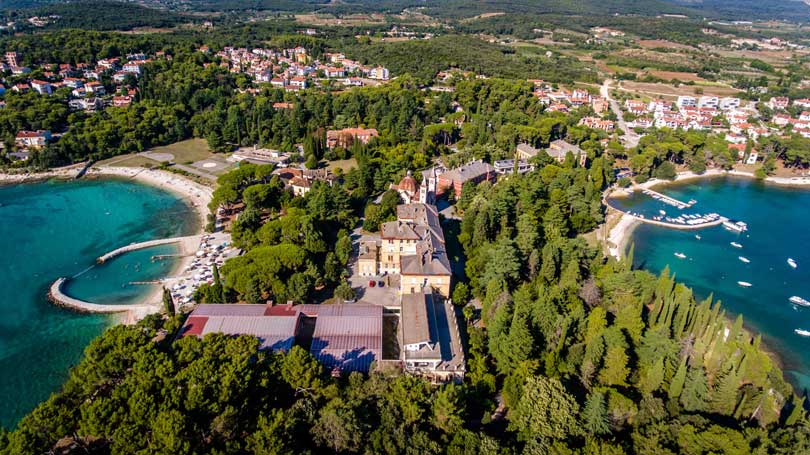 Due to the extremely favorable climate and health conditions – Rovinj has acquired conditions for the construction of a spa Climate Resort Maria Theresa Seehospitz. The resort was opened in 1888, and that date is well known as a fact of the official beginning of tourism in Rovinj.

In the past time, children from across Austro-Hungary, Germany, Russia and other countries came here for treatment and rehabilitation.

The exact location of the resort was specified after detailed investigation of the microlocation, weather conditions, flora and fauna.

The last phase of construction as well as the church with two bell towers  were finished in 1908. In addition to the increasing capacity and building, the additional buildings started to execute the first operations.

Thanks to Dr. Martin Horvat (by whom and gets the current name) the health resort become an operating hospital and rehabilitation center for osteoarticular tuberculosis.

The hospital operates even today. Research has shown that Rovinj has the best microclimate and the crucial fact was that it had been spared from the malaria epidemic that devastated Pula and Brijuni Island, in the second half of the 19th century.