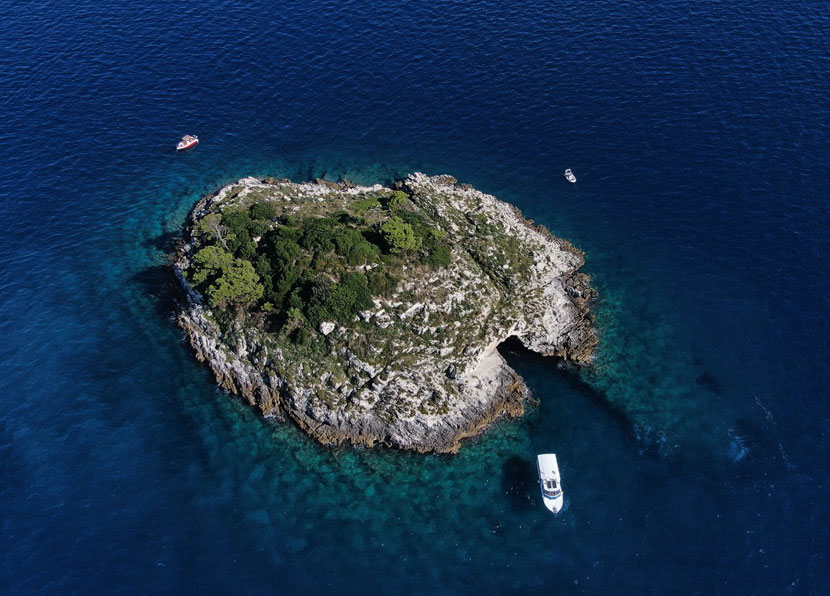 Banjole island is a small uninhabited island located west of the city of Rovinj. This island is also called „Seven hair“ island.

Banjole island has only 100 meters in diameter and its well known because of its underwater network of caves that can be accessed only from the sea.

The island is mainly covered by many wild plant and bird species such as seagulls.

The cave is situated in the depth from three to eighteen meters and its easy approachable. The cave entrance is accessable from the depth of five meters.

The caves are pretty safe and not dangerous and the only equipment You will need to explore them are flippers and a diving mask.

When You enter the cave You will see many sea plants and rich fauna so You will have an opportunity to take amazing photos.

Inside the cave network there is a large underwater room from where You will be able to see the sky mixed with the blue colour of the sea.