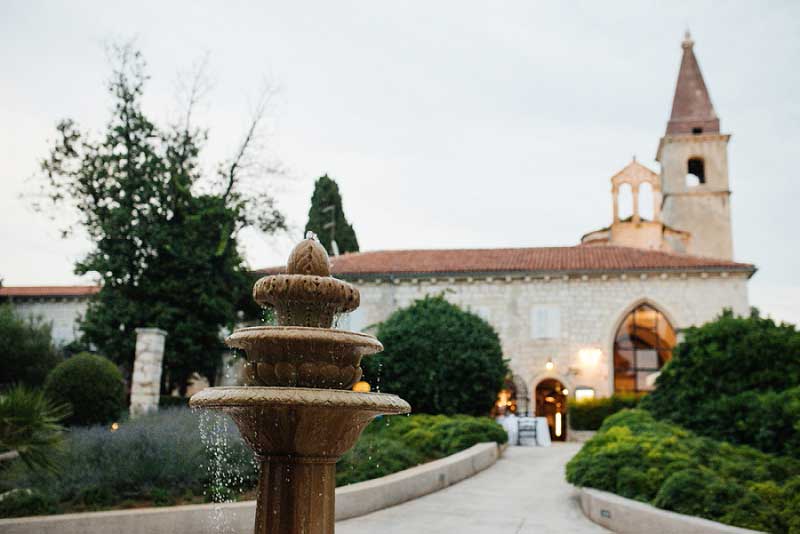 Firstly situated on the Island of Sv. Andrija (St. Andrew, Red Island) near Rovinj (on the exact location where once was a benedictine hospice and an old church from XI. century) – in the mid 15th century started the construction of the Franciscan Monastery.

The legend suggest that the founder of the monastery was the St. Ivan Kapistran, an known misionary and fighter against the Turks.

After almost 4 centuries of exisistence, the Napoleon authority abolish the monastery. After that, the Franciscans started to built a new monastary situated in the town of Rovinj.

The church was built in 1710 and consecrated to St. Francis of Assisi.

Between the two world wars the Franciscan Monasterywas was very active – there was situated a teological study and a school for children/adults.

Today, inside the Franciscan Monastery in Rovinj You can find lots of artistic artcrafts from the period of 15th – 20th century. The artcrafts are maily items of a religious, teological and liturgical purposes made by using different artistic and craft techiques.

Especially valuable are two baroque paitings. There is also an amazing collection of 12000 books, mainly of theological content dating from the 16th, 17th and 18th centuries and are are considered true rarities.

Church of the Holy Cross