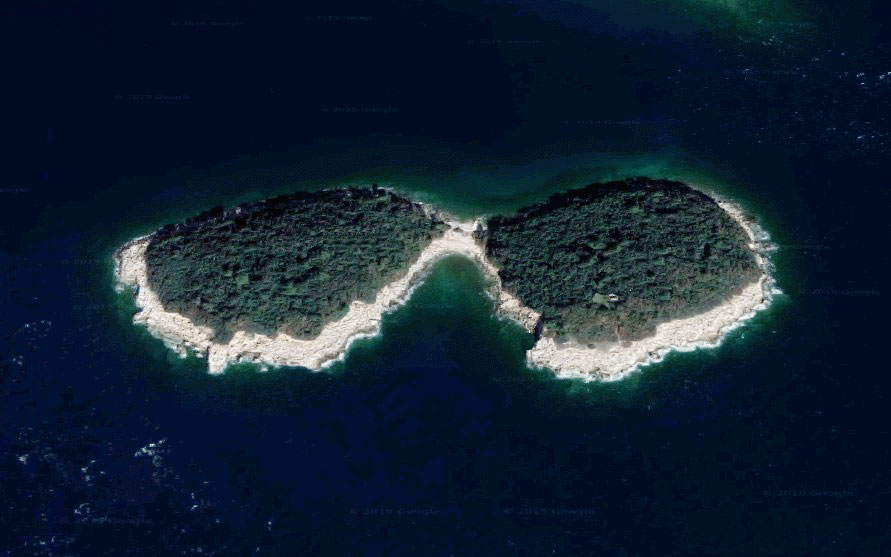 The Saint Ivan island is located 4 kilometers south of city of Rovinj and has an area of 88.737 square meters. The shape of the island is very interesting – its an irregular number eight and in the middle of it there is a low and tight section.

Among all the other 22 islands and skerries of the of the Rovinj archipelago, it’s the most beloved one by the locals who loves relaxation, clean sea and rocky beaches. The island is reachable by personal transportation (boats) or arranged boat trips (excursions & tours).

It’s richly forested and rich in vegetation. Saint Ivan Island has been inhabited since past times and the proof of that are the remains of a Benedictine church which was deserted with the arrival of Napoleon – in 1806.

The Bay Palud and Dagita